August 7, 2017 / xcrogers / 0 Comments
This report has been a looooonnnnggggg time in the works and I apologize for not getting it out sooner. I realized that with my upcoming race  that it would just start to stack up.  I know there is a limited audience for this page but its helpful for me to get my thoughts about a race out for me to see. Writing it all down lets me dissect a bit and helps me plan for future races.
Overall I felt much more ‘prepared’ for this race logistically than I did with Cotswolds so I was a bit more level headed on Friday evening / Sat morning. I had done a lot more planning in terms of hotel, picking up passes, general race location, etc etc. Its always nice to have a solid plan set up for a new race, even if the plan is changed or altered you have an overall concept of what you should be doing and when and it just makes the whole weekend seem much more casual.
Staffordshire was a split transition race, so T1 and T2 are in totally different locations, this was the first time I’ve ever done a race like this, which caused some concern.  But generally my transition setup is minimal and with Ironman races moving towards a ‘clean’ transition the setup becomes much more just shoving some shoes in a bag.  The larger concern was just going to be getting around to set everything up and fit in the race briefing, swim and dropping off bikes and bags.
Carly and I had an early start to get to the race site and pick up packet. while there I was able to check in and drop my T2 bag quickly and easily. . We tried to hustle down to the water start (T1) in time for the Saturday swim session but between a long walk with the bike and stopping to help a cyclist that ate shit right near the transition I just missed the cutoff time to get into the water so I did a very short run instead. It was slightly frustrating but in the scheme of things really wasn’t a big deal.  After making sure my T1 bag and bike were all set for the next morning we drove the bike course and had some lunch along the way.
The countryside the race went through was, typical to English countryside, gorgeous, with lots of rolling hills and long vistas. The roads seemed to be fine quality and we made it back over to the race site for for the final briefing. I never feel like I get anything out of them (and they seem to get more and more commercialised each race). I’m such a Boyscout that I’d never dare miss one on the chance its the one briefing where they say something new or specific about the race. 99% of the briefing are rules anyone should know (first time or not) and general common sense stuff. I always just feel like its a complete waste of time which makes me less inclined to want to go to the next one…. but I always do… such a sucker.
We stayed at a Holiday Inn a short distance away which wasn’t amazing but got the job done. After a totally forgettable dinner and making sure I was all set for the next day with water, fuel and gear I was in bed by 9:30 for a 5:00 wake-up.
Up at 4:30… just cause… we got down to the start and set up the bike, everything good and ready to rock and roll. We took advantage of a secret parking spot (thanks to B.W.) and we were able to avoid a lot of the hassle of the bussing from main parking fields to transition. I felt much more rested and generally better than for the race the previous week and was excited to put down a good time. However, I knew the day was going to be hot and I knew it would be tough out there towards the end of the run. I felt I had been hydrating and fueling pretty well up to the race with those sorts of days you just never know.

After a ‘shake off the nerves run’ I dawned my wet suit and my wave was off off about 15 min after the pro’s. I self seeded about halfway between the 30:00 and 25:00, which based on last weeks race and feeling better I was confident I could do. I was a little nervous about using my sleeved wetsuit versus sleeveless given I’ve not always swam well with it but knew it ‘should’ be faster so wanted to give myself every advantage possible.
As soon as I entered the water I knew I was in trouble. I simply couldn’t get anything going, arms were slow and felt heavy. I seemed to be short of breath and could never get into a rhythm of any kind. Generally I’ve found that after a short bit I’ll find some cadence and drop into a good clip and hang with a group. I’ll never profess to be the fastest swimmer in a race but I feel (or at least felt) like I could hold my own and put down a respectable effort. This race was different, I just felt completely overwhelmed and outgunned and no matter how hard I tried (mentally or physically) to shake that the pace remained stagnant.  I resigned myself to ‘just get through the swim’ very early.
Mercifully, the swim eventually did end and as soon as I was out of the water I tried to mentally reset and convince myself that this was now my race. I own the bike and the run and could easily reclaim the time and spots I had lost.

Maybe if I close my eyes and wish really really hard Ill be fast.

Time to get to work. Photo credit to Carly.

Having driven the course the day before I had a fair idea of what to expect and the first part of the course was technical but I kept it together (and out of the hedges), bike handling on the race bike is still a learning curve given how much I ride indoors. After the first 8-9 miles course opened up and was much more open slow rollers. I kept my eye on my computer and tried to push the pace and get the watts up. While incredibly efficient with time while training the drawback of only riding indoors is that on race day my relationship with power is completely new. I don’t have a great concept of where I should be for power outdoors when 100% of my training is indoors. Out in the real world on a real course the demands of riding and racing changes the game. But regardless I kept pushing and was delivering a pretty solid effort.

I seemed to be passing people and my time , despite the rising temperature was holding strong. While could tell about halfway through the ride that my goal time for the day likely wouldn’t happen I knew I could turn in a good effort if I kept my head in the game. Being able to reevaluate the race and adjust expectations (and be ok with that) is something I’m working on. I go into a race with a very specific goal, often a reach and I need to be able to adjust that, and be happy with my performance rather than shut down. Days like Staffordshire, when riding a new course on a hot day PR’s are very hard to come by. I hydrated decently though probably didn’t fuel as well as I should (way to much stuff left in my  bento box post race) which I started to pay for on the run.
About 5 miles to go on the bike during a downhill I dropped my chain, and probably lost 30 seconds and 3-5 places putting it back on. I hammered the those last few miles, getting a couple cheers from the guys I passed (who had just passed me). While the result of something bad it was nice to push it in those last few miles.

Into T2 I was 11th in my AG and 46th Overall
Off the bike in T2, not overly thrilled with my bike time but knew I passed more guys than passed me and my time was pretty solid. I figured I was out of the top 3 spots which was confirmed when I saw the number of bikes in transition, but I knew I still had a good chance of making up time and places with a solid run.
Once I was off the bike and running I immediately knew it was going to be rough, the air was still and i could tell the temperature was rising fast. There were some shaded spots on the course but generally it was exposed and with the temperature approaching 90 (while not hot as such, for the UK this is a solid 15-20 degrees above what I’m now ‘used’ to) I took a page from Boston and immediately started with dumping water on me at every station. I would also have a water/Gatorade and once in a while a gel to try and keep my energy up. I could feel the energy surge a bit after those stops but between the heat, and decreasing energy and legs just didn’t want to get going. I was only passed twice (but only after I started the 2nd lap so I honestly don’t know if they were really passes or someone coming off a bike fresher than I felt on lap 2/3). Otherwise I worked past people (despite feeling like ass) throughout the run. The last lap I tried to put a good face on but I knew I was 15-20 min outside where I wanted to finish so was very much just a get it done type mentality.

You always push through the line.

That moment when you are finally done.

Ultimately finished alone (thank god, no one to make a sprint to the finish with…) at 4:37. Not a bad time and certainly not one for the day or course, but unfortunately not close to where I had wanted to be when I signed up for this race.
Finished 10th in AG and 36th Overall. Time of 4:37

Obligatory finish shot. Not sure about that name though….

After the race I found some shade and hung out with a US pro, Brad Williams (who is now my coach) and we shot the breeze about the race and living in the UK. The day, in retrospect was amazing, a true hot summers day and the race was exceptionally well done. I was glad to have gotten the race in as I’ve heard they may have changed the venue/course moving forward. I’ve so far discovered that there are no ‘easy’ days or courses here in the UK, the times must truly be earned. I’m happy with the effort I put forth, the lessons I learned from the on the course and the time spent exploring the countryside with Carly.
Oh… speaking of which… Carly drove a stick, on the ‘wrong’ side of the road. It was a bit terrifying but she was a pro!!!
Tweet 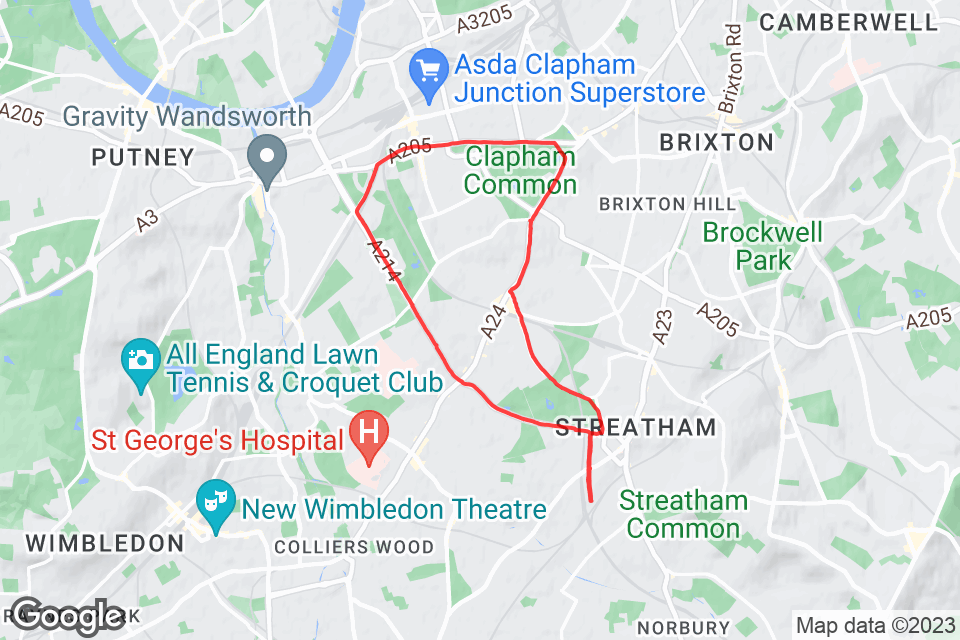