Royal Borough of Kingston Half Marathon

So upon returning to London I was finally able to connect with my coach and talk about the race and begin to formulate the plan for moving forward to Boston. As with anything, the more time your have to reflect often the more critical you become of yourself. So by the time I spoke to Tommy I was a bit tough on my performance at the race. This is of course a ridiculous thing to say as I raced well, PR’ed and overall had a good day. Regardless I always see room for improvement and was a bit critical of my run performance and the training leading up to it. It seems that no matter what the race is I run around 6:00 miles. I cant seem to get below that mark in races, doesn’t matter if an open 5k or a half marathon at the end of a half ironman. So Tommy challenged me to just find a half marathon and race. This would give us a good baseline for my run fitness moving forward over the next few months as well as see if I was being hampered by my own pace…

I was able to find a half marathon in Kingston Upon Thames, a small village/town to the southwest of London. It seemed like a low key race but had a good number of competitors so I figured there would still be some faster people that would show up and make a race of it. Getting out there on race day was an epic journey. I had to wake up at 5:15 to give myself enough time to walk the dog and get all my gear together. Once I was out of the house I had to make my way to the underground and then to the train station. It was just over an hour journey out there, however the train station in Kingston is undergoing work so I elected to use an adjacent station  and make the run from there to the race start my warm up.

I arrived with plenty of time to spare and did my normal pre-race routine and checked my bag. They called everyone to the line and I worked my way towards the front. This is always the most awkward part, trying to size up the other races and figure out how you think you compare. I want to put myself in the best position to run well but also don’t want to be the guy who gets passed by the entire field. I line up just off the line and decide to kinda see how it goes. I don’t know the course, or the other racers so I figure to just hang back a bit and see how it goes.

So the idea of this race, from my coach, was to just go out and run as hard as possible for as long as possible. If I ended up dying so be it. There wasn’t anything riding on the race, it was purely a ‘just see what happens’.

Horn sounds and where off… the first bit of the race was around the town square so priority was not wiping out on the wet pavers. After a couple of quick turns we’re off on the paved streets through the town. Remembering the charge of ‘go hard’ I pushed the pace and found myself running in second by about 50 meters pretty quickly. There was another one or two runners right behind me. We weaved our way around the town for a couple miles. Through mile three I was still running in second, about 100 meters off first with another guy running right with me as we clocked around 5:30 miles. At around the 3 mile mark I finally couldn’t hold second any longer and was pushed to 3rd. I kept mentally reminding myself to push the pace and stayed on the guy as long as I could but was slowly loosing contact with him.

At around the 6 mile mark we left the town and crossed the river onto the tow paths which follow the Thames river. These are gravel paths formerly used by oxen to move barges up the river. Now that the race was free of the town one could settle into a bit of a pace. But by now I was really starting to feel the early effort and I could hear another racer slowly gaining on me. Within a mile he had me and I could tell I was fading fast. I glanced at my watch, my average mile splits which had been 5:35 over the first few miles was now at 5:53 for seven miles. Things were going sideways fast….

As we crossed back over the river I was able to mentally excite myself up about no being on the ‘home stretch’. By now the race was back on paved roads and my feet were really starting to feel the pounding. Strangely this wasn’t an issue in the WC’s but I choose to use my Asics for this rather than my Sketchers. These shoes are much lighter than the sketchers and offer a bit less under foot in terms of cushion and I really shouldn’t race anything longer than a 10k in them.

At the ten mile mark I hear the familiar sound of another runner coming up from behind me, with nearly nothing left in the tank he easily makes his move and passes by me and I’m just thinking how much I want this race to be over as I sit in 5th place. The course entered the town via the river so you could see it from a ways down the course, tantalizingly close but as I didn’t know the course I could only assume it was a straight shot back to the finish. As the course re-entered Kingston there were a few supports on the side of the road and I could tell by how quiet it got after I passed that no one was near me. Not wanting to have someone come up on me quickly I started to push towards the finish with about a half of a mile to go. Once I realized that I was turning the final corner to the finish I made one final push and was across the line.

I knew I had been slowly loosing time but wasn’t sure what my final time was. It took me a minute to walk through the finish chute and pick up my shirt and medal and glance at my watch 1:19…. shit. Thats not at all what I wanted… but it also didn’t matter. I had hoped that I would be able to equal my PR of 1:17 or perhaps best that by a little. I mean, shoot I had run a 1:25 after all that other stuff just a few weeks ago… I chatted with the other competitors for a bit and stuck around for awards. Being a pretty low key race they didn’t go that deep and I actually didn’t even get an extra swag, which was totally fine. Tough when you finish 5th but 1-3 are all in your age group!!!!

I very slowly made my way back to the train station and back to Islington. On the train I was able to consider the race a bit more carefully. Again, I had to be happy with the fact that I took three weeks of no activity and then went out and ran a 1:19, no small feat! And the race did give a good benchmark of where I stand from a run perspective moving into the off season. I also realized that my legs are where I’m loosing the race, I seemingly have all the energy in the world, but my leg muscles are just dying further into the race, which gives some good direction on the type of workouts I need to do moving forward.

By the time I reached home my legs had already seized up and I could tell that I was going to be in for a long few days. But before I could get that far I climbed into bed and took a long nap…..

Not from Kingston.. but you get the idea. Photo credit: Mom.

Today was a good bike day. Second fit with @fdn_bi 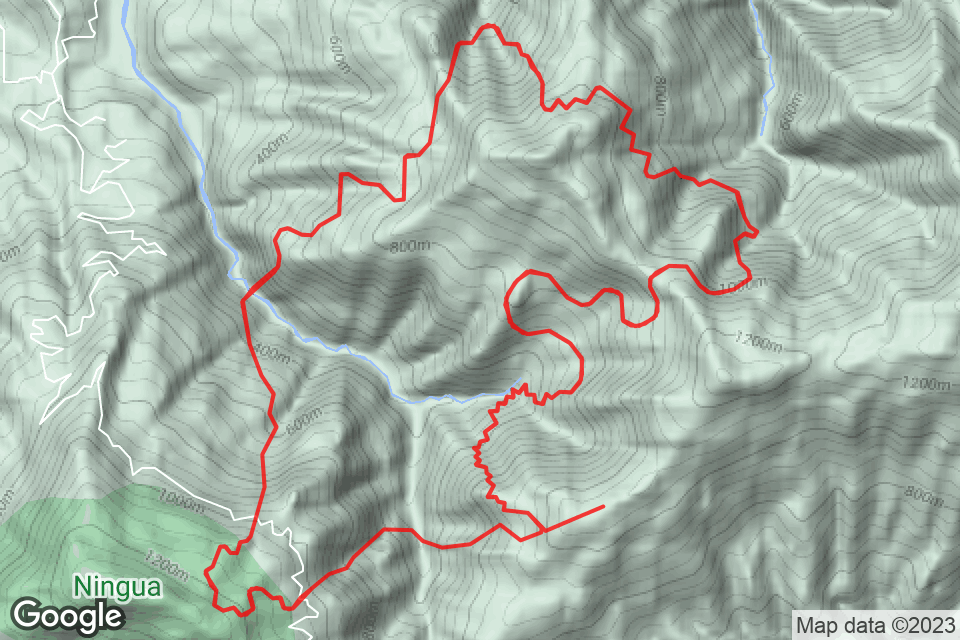